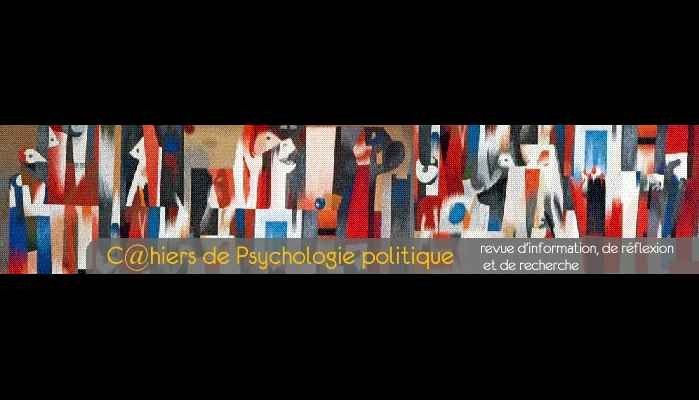 Brazil gathers circa 10% of the world's studied biota and taking into account the total number of the national biological species, it is estimated that there are 1.8 million species in the country. These data confirm the already globally recognized large Brazilian natural biodiversity and indicate the challenges to be faced for their protection. The most recent international guidelines emphasize the community participation in the management of these areas as a mandatory path to the biodiversity conservation. In Brazil, the law determines the participative management of protected areas by means of councils that involve representatives from government, civil society and local community. The literature points, however, that few participative experiences have been documented in the country. Furthermore, there is no academic discussion on what mobilizes citizens to participate in an environmental council voluntarily and often without technical knowledge of the discussions that are covered in this shared space of management. What is observed is that in many instances these people mobilize within the environmental councils as a form of political resistance against the technocratic processes of the government environmental management.

We propose in our doctoral research (in progress), the investigation of the political socialization of councilors of one of the protected areas in Brazil with most international visibility, the Sugarloaf and the Urca Hills, in Rio de Janeiro. We also discuss the role of communication in this process of socialization. The aim is to understand the ideological processes that move these councilors, seeking in particular to understand the place of democratic values in a shared space for public participation.

In this research we employ the methodological guidelines of Montero (2006) and her participatory-action research. Thus, we will track the following instruments: 1) development of a theoretical framework from literature review; 2) collecting data through participant observation; 3) data collection through semi-structured interviews; 4) developing a participatory communication tool with the councilors of the Council of the Natural Monument of Sugarloaf and Urca Hills.

This research will be developed in the Management Council of the Natural Monument of Sugarloaf and Urca Hills, in the city of Rio de Janeiro, Brazil. This council is composed of 20 people representing government, civil society and the local community. This Natural Monument is a protected area that aims to conserve, protect and restore the Atlantic Forest ecosystem existing in the territory, ensuring the preservation of the natural goods, the sustainable use of green and to promote leisure spaces.

Brazil is experiencing a moment of development that puts the country in a prominent position in the international political scene, especially when we consider its economic stability and political leadership in Latin America. From the perspective of domestic politics, the corruption scandals continue to plague the country. Still, the literature indicates that the procedures of representative democracy seem well assimilated among citizens, even with relative disbelief in political institutions. How this is reflected in the national democratic political culture? A history of political and economic instability, coupled with an authoritarian legacy, is still reflected in the clientelistic, personalistic and patrimonial profile of Brazilian politics (Baquero, 2001). These factors add up to others - overall - the crisis in contemporary democracy as a process of cultural change and the system of representation itself, the failure of theories of social change and the presence of an individualist neoliberalism (Dorna, 2004).

The perception of citizenship among respondents are bound to comply with legal obligations (voting is compulsory in Brazil, for example), which brings us to what Rezende (2001) discusses on the military´s psychosocial strategies during the dictatorship in Brazil. The search for legitimacy of dictators took place through a series of strategies intended to give the impression that the "good" democracy would take place with the establishment of social order and the rescue of family values. This "obedience" was reinforced during the military period, whether through official propaganda, via school curricula or through the use of police force.

Brazilians are more dissatisfied than satisfied with democracy. However, during the Lula Government the average satisfaction index outperformed the average dissatisfaction. At the same time, the government has launched several social welfare programs, especially the Bolsa Família (family allowance), Minha Casa Minha Vida (access to home ownership) and Luz para Todos (access to electricity). Given the history of the development of federal assistance programs in Brazil, it is possible to reflect on the link between the satisfaction with the democratic regime and the access to social policies, which also occurred during the period of the military dictatorship in Brazil (Carvalho, 2001). This brings us to question whether the support of the population would be to the political regime or to the social benefits?

Even though the population is not fully satisfied with the democracy, the support to the political regime has increased in recent years. One possible reading is the rise to power of a metalworker without higher education and from poor backgrounds, the average profile of a Brazilian. During the years of the Lula’s government, it was also observed a strengthening of the electoral process in the country (with the consolidation of the electronic voting, the inspection and expediting of the vote counting process, the appointment of election judges, and the intensification of the Electoral Public Ministry activities). However, although it might have been reverberated as the consolidation of the democratic process, it does not necessarily refer to the political consolidation of the regime

What remains to democracy in Brazil?

If we divide the responses within two groups, one related to government actions (reducing corruption, ensuring social justice and increase the transparency of State), and the actions of the citizens in another (citizen participation and consolidation of parties), we will be able to see a two plates scale moving towards the actions of government, which shows the Brazilian population perception is that the government would be the main actor for the strengthening of democracy in the country.

Given the scenario presented, we analyze that the Brazilian population’s perception of democracy is normative and is still associated with the actions of the State. Politics as participation in public sphere, like wrote Arendt (2010), does not appear, confirming the analyses of Barber (1997) about the "weakness" of liberal democracy, and Dorna (2004, 2003) on a crisis of democracy, which would become a formality, a professional way do make politics, with the absence of the citizen in making public policies. Breton (2006) speaks of a democratic incompetence that refers to the inability of citizens to use the word and put themselves in the public space. Considering this approach, we are working on our thesis with the hypothesis that, in the Brazilian case, the absence of citizen’s political autonomy leads to a political demobilization and emptying of public spaces.